Reflexology is used to activate the healing powers of the body by pressing on reflex areas on the feet, hands or ears. It is mainly a process of treating points & areas on the feet that relate to corresponding parts of the body, mind and spirit. The soles of the feet reflect the whole body, the organs, the skeletal, nervous, circulatory, endocrine & lymphatic systems. It can enhance fertility & also helps mothers during pregnancy (after first trimester) to be comfortable in all aspects. It can help with nausea, gestational diabetes, reduces swelling in hands, feet & ankles. Reflexology has been found to ease common symptoms of pregnancy and facilitate the smooth progress of labour. It is deeply soothing and encourages the body to naturally heal itself & eliminate toxins and negativity. Reflexology is great for reducing stress, soothing emotions increasing energy levels, inducing relaxation & bringing the body back into balance.


In 1930 a US Doctor called Dr. Jo Selby Riley, alongside his wife began with Dr. Fitzgerald’s findings. They were joined by their assistant in their research, a Physiotherapist called Eunice Ingham. Through much testing they began concentrating on the hands & feet understanding their sensitivity. Eunice Ingham travelled all over the US, adapting her methods and teaching her findings of this new Foot Therapy. Later re-naming the therapy to ‘Reflexology’. Ingham, took the concept further by researching positioning and effects of certain points ultimately leading to an anatomical map of the body being overlaid onto the foot. In 1938 she published her works in “Stories the feet can tell” and later followed with another book “Stories the feet have told”.
Reflexology finally came to the UK in 1960’s with one of Ingham’s students a lady called Doreen Bayley. 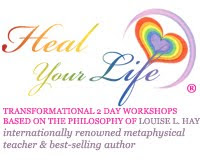